When I first heard about the new Adult Colouring Book craze a few months back, it immediately caught my attention. As someone who has suffered with anxiety and stress a lot over the years, I try to practice meditation and mindfulness as much as possible and it has really helped me cope in times when I become overwhelmed. I’ve always been open to things a little bit out there (much to the amusement of my new hubbie!), so when I came across this, I just had to find out more. 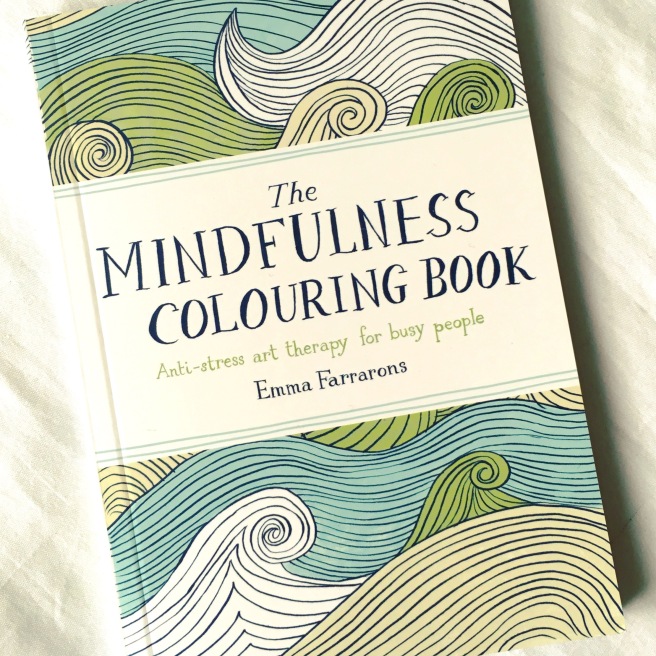 I bought my first colouring book, ‘The Mindfulness Colouring Book’ just after Christmas. It describes itself as ‘Anti-stress art therapy for busy people’. I have never been any good at art or drawing, but that doesn’t matter when it comes to colouring, so why not give it a try I thought… A few days later as I was strolling around the bookshop as I tend to do, the fashion lover inside me spotted another two books, The Liberty Colouring Book & Vintage Colouring book and I just couldn’t resist. Three colouring books and a packet of colouring pencils – I was now ready to give this a go. 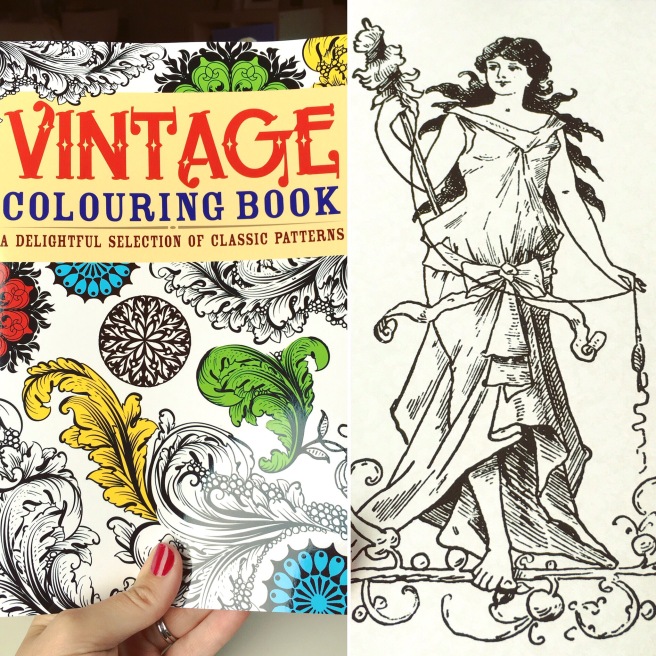 I took them out over the weekend and started colouring. At first it felt weird, I was immediately transported back in time to my childhood, but all of a sudden a half an hour had passed without me even realising. I was lost in the patterns on the pages, a world away from reality and it felt amazing. For some reason Carrie Bradshaw’s quote ‘When Big colours…he rarely stays inside the lines’ from the SACT Movie kept popping into my head at the same time too. Where did that even come from?! Isn’t it funny how the mind works? But what I then realised, was for that whole half an hour I had a big smile on my face, utterly content in my ‘lostness’.

If that’s how I felt after such a short time on a quiet Sunday afternoon, how would I feel if this became a part of my daily life I wondered? Good I reckon, maybe even great. From now on I will happily get lost colouring anytime, and I’m already thinking about sitting down this evening with my pencils and having some time-out.

Ps. When Dave came home and saw colouring books on the bed, he started laughing out loud for a good minute or two. He said he thought I was joking when I told him I had bought a colouring book! So I’m determined to get him colouring also and see what he thinks then.

I’ll keep you posted on that one… 🙂

One thought on “Lost In Colouring”