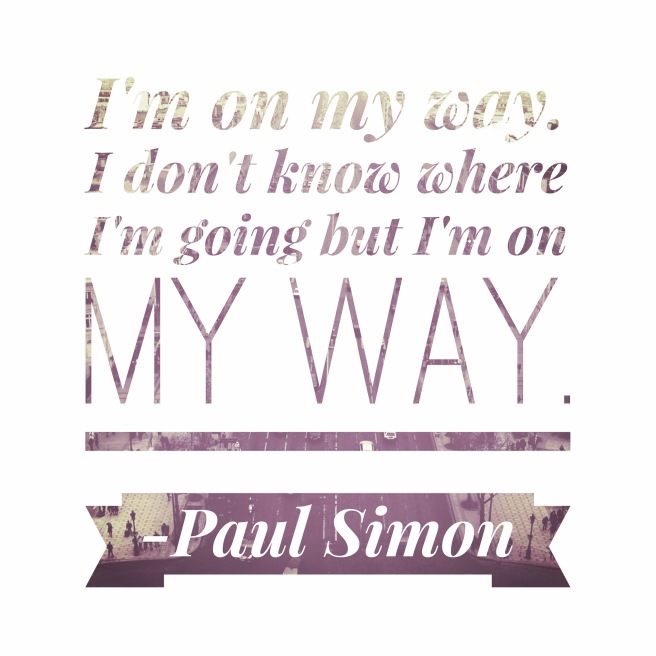 It’s Friday, but it’s no ordinary Friday, it’s the last Friday in January, and for me, it also represents a few other lasts. Because of this, I’ve been reflecting on the past few weeks and how you never know what’s around the corner…

A few weeks back I wrote a short piece about embracing change. That day, I had been given some news that completely took me by surprise. It threw me, it unnerved me, and most of all, it forced me to channel a lot of inner positivity in order to not let it overwhelm me. I coped better than I previously would have in times of change, and looking back now, I’m quite proud of the fact that I didn’t let it consume my every waking thought.

Fast forward three weeks and that change really wasn’t all that bad. Things worked out how they always manage to do, and now that I’m out the other side, I can rationally see how worrying wouldn’t have changed a thing, and certainly wouldn’t have done me any good. I didn’t worry (too much) and turns out I didn’t need to either.

The funniest part is, this change has actually led to a potentially even bigger, scarier change which could bring a lot of uncertainty with it. But I suppose you just have to believe that things happen for a reason. When one door closes, another opens and all that…

This is all very cryptic I’m aware, and it’s not that I don’t want to share the specifics, but more that I want to highlight how things happen (or don’t), and there’s really nothing we can do about it. We can worry, stress, laugh, cry, analyse, whatever – but it won’t change what’s meant to be.

So as I say goodbye to January and look forward to the year ahead, I’ve decided to pour myself a tall glass of wine, sit back and let it all unfold as it should.

I know what I want to achieve this year, and if there are some bumps along the way then so be it. I may have a mini meltdown or two, but either way it’s sure to be an interesting ride.

So come on February, I’m ready for you…

It’s Wednesday which means it’s hump day – that middle day of the week when you begin to feel like the end is in sight. Only two more days until the weekend arrives. Usually I feel good on hump days knowing the joy that Friday will bring, but today I’m feeling ‘meh’. Maybe it’s a bout of SAD (seasonal affective disorder) or maybe it’s post-wedding blues who knows.

I just feel a bit sad, a bit down, and let’s be honest, a little fed up. Will January ever end?! I don’t even have a point to this post only to vent so please forgive my indulgence. But it’s nice to have an outlet through which I can voice my inner woes.

Don’t you just wish sometimes that you could pack it all in and live a life of freedom? I do…

As I sit here sipping on my morning tea, I’m reminded that my reality is pretty great. I have a great life, and I’m very grateful for it. And I don’t want to seem negative, I’m a very positive person in reality. But today, just for a minute, I’d love to be transported to a paradise island where my only worry is what book to read next.

It will pass, as all bad days do. Nothing a bath and some ‘me time’ won’t cure I’m sure.

We’re brought up knowing that the one certainty in life, is that nothing is certain. If we know it, and understand it, then why is it so difficult when change comes our way?

Some change is good, amazing in fact. It makes our lives interesting and fun and unpredictable. But the kind of change that comes out of nowhere and slaps you in the face? That’s the change I’m taking issue with today!

People have varying ways of coping with slap-in-the-face change, some better than others of course. But it’s confession time. I am not one of those people. I one of the ones who’s mouth goes dry, nerves build up in my gut and I hover for days between dizziness and nausea depending on the extremity of the change. It all sounds very dramatic I know.

Today I found out something is changing, just as I had arrived at a happy, comfortable, easy, breezy place with it. It’s a new year and it’s all about change I get that – I’ve been talking nothing but change for the past few days and now it’s come back to bite me in the ass! Don’t you just hate when that happens?

A 2015 version of me would have had a complete panic about it, but in the spirit of embracing positivity this year, I’m going to need to embrace the change also. Damn. What was it Lemony Snicket said – if we wait until we’re ready, we’ll be waiting for the rest of our lives? I best get on with it so…

Rant over. I feel better. Thanks for listening! 🙂

In keeping with all things New Year, it’s time to write my list of New Year’s resolutions. I know I’m a little late to the party, but better late than never eh?!

I wouldn’t say I have the best track record when it comes to keeping New Year’s resolutions or goals that I set for myself, I always have the best intentions but one thing leads to another throughout the year and more often than not, resolutions get forgotten. Yes there are the old reliables that appear on my list every year such as losing weight, getting fitter, managing to squeeze into those size 10 jeans that have been sitting in my wardrobe for the past five years… But let’s call a spade a spade here, they aren’t much craic as resolutions go, so this year I’m focusing on positivity.

For 2016, I’ve decided my resolutions are all going to be things I REALLY want to do and I’ve narrowed it down to four, achievable goals. Would I say no to having a body like Beyoncé? Of course not! But while I’m waiting for that to happen, I’m going to push on with these:

Tick! Well, this blog is the first step and you all know by now I’m so nervous I might pee my pants. But I’m writing, and that’s a helluva lot more than I was doing five days ago.

2. Experience the Year of the Holiday

Ahhh the Year of the Holiday. This is something a good friend told me about before I got married. A couple she knew spent their first year of marriage travelling to all the places they wanted to see before they settled down, bought a house and started on the baby making. I told Dave about it not long before we tied the knot and we both agreed we had to jump on board that bandwagon and have some fun before it’s time for the serious stuff.

With that in mind, we plan on spending the next year visiting new places we’ve never been (or been to together) while also revisiting some of our old favorites near and far. The list is a work in progress, but I think you’ll agree there’s plenty to get us started! We’re currently at twelve locations and counting:

Now let’s be honest, unless we win the lotto sometime soon, we’re most likely not going to get to all of those places in the next twelve months and we also have to try squeeze it all in, in between work and real life. But our flights to Paris are booked and I’m hoping I’ll have our Ibiza and Rome flights boxed off shortly too. Yippee!

3. Buy Something Fabulous I Can’t Afford

I’ve had my eye on a new Chanel quilted lambskin flip bag for quite some time now and I think this year is the time to purchase (but shh, don’t tell Dave!).

I’m a divil for the worrying but this year I’m making a conscious effort not to sweat the small stuff. I’m not gonna lie, this could be a toughy as each year brings its own stress. But hopefully I’ll be so busy writing and having fun travelling that I won’t have time to worry!

So there we go folks. It’ll be a challenge but I’m moving full steam ahead.

Have you any fun New Year’s resolutions for 2016?